On the evening of September 19, 2008, I observed some rather distant lightning from Santa Fe looking at a storm that was about equidistant between there and Albuquerque. (I later verified this by looking at lightning strike imagery, confirming that this lightning was 25-30 miles away.) I decided to experiment at photographing this distant lightning with a 70-300 mm zoom lens - all of these pictures were taken at 110 mm. The photos were taken from the top of a hill in Santa Fe, looking toward the south or SSW. I was quite pleased with the results, especially the combination of cloud-to-cloud (CC) and cloud-to-ground (CG) lightning in some of the photos. The only downside was that, with that much zoom and a stiff wind, the city lights in the foreground had some motion blur in some of the pictures, even though I was using a tripod. Still, the lightning photographed quite well, considering how distant it was.

I think this worked because of two characteristics of the storm environment in the Southwest. First, like most storms in the Southwest, the storm was obviously quite high-based, and this lightning was occuring in an area of anvil precipitation, allowing for a lot of space to photograph the lightning between the bottom of the cloud and the ground. Second, the air around the storm was very clear, so the view of the distant lightning was not impeded by haze as might occur in many other parts of the country. Here are a few more photos: 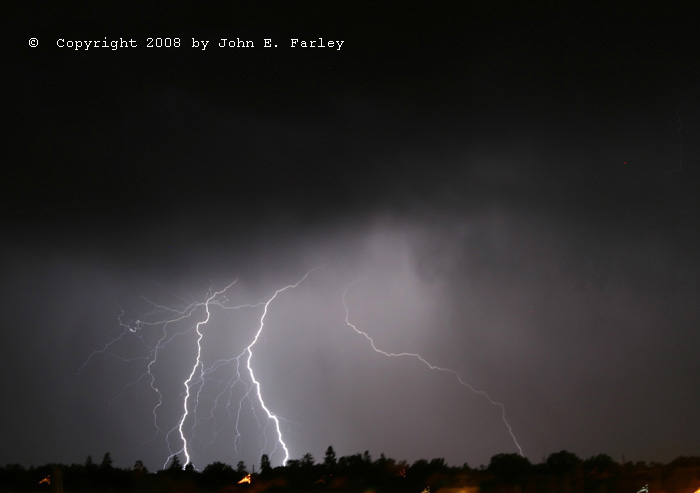 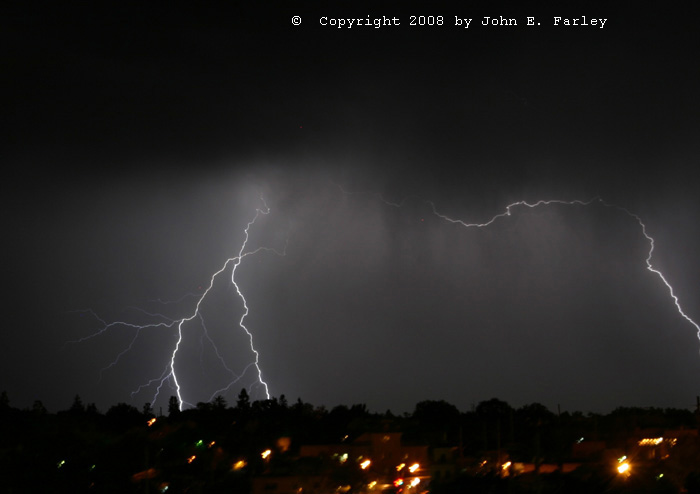