On December 31, 2012, my wife Alice and I visited Sagurao National Park near Tucson. The combination of the spectacular saguaro cacti and snow in the mountains north and east of Tucson that had fallen overnight and into the day, along with some passing showers that were mostly snow even down to a few hundred feet elevation above the city, made for a very interesting day! Here are a few pictures. 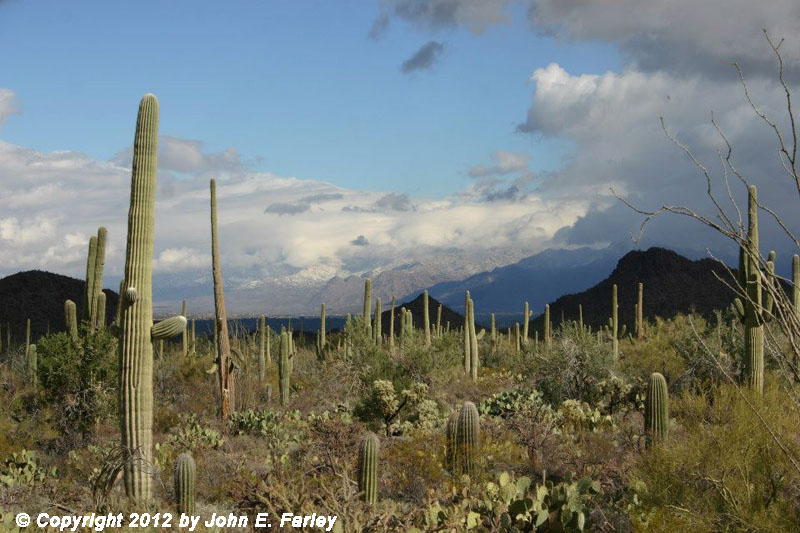 This picture was taken in the west section of the park, west of Tucson in the Tucson Mountain area. The snowy Mt. Lemmon in the distant background made for an interesting backdrop to the cacti. 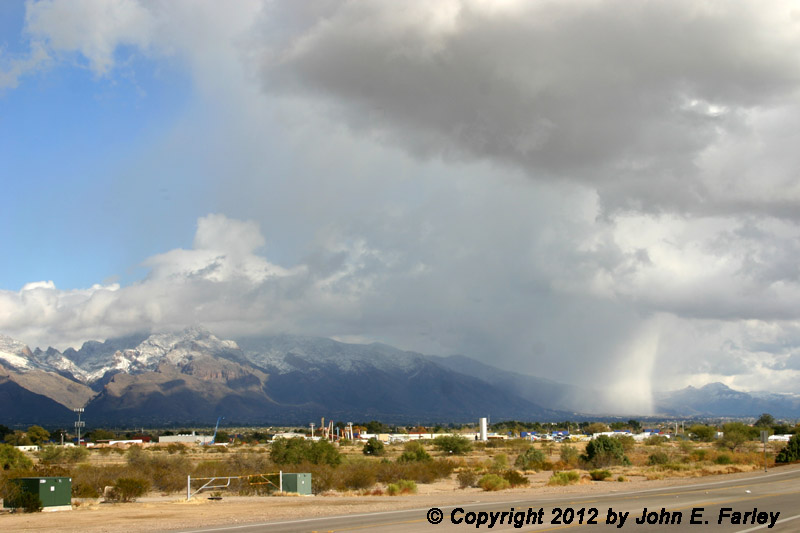 Looking northeast from the west edge of Tucson across the city at the snowy Mt. Lemmon and a sunlit snowshower in the foothills northeast of the city. 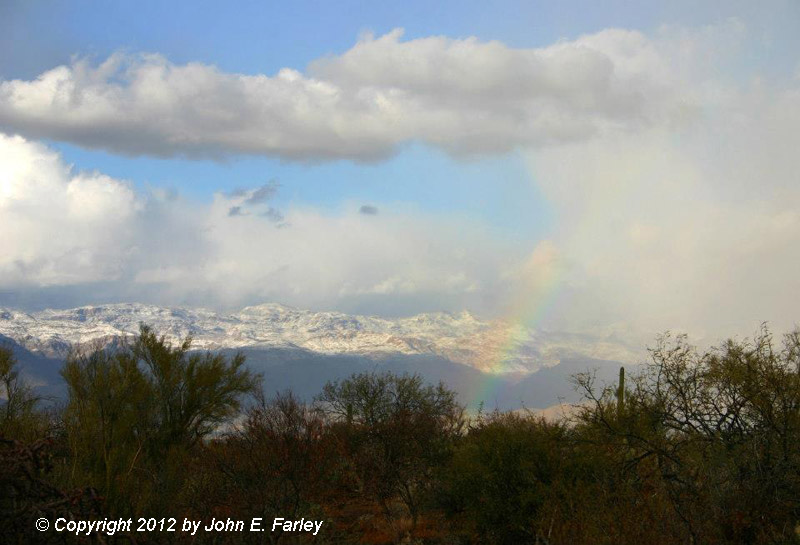 While we were in the east section of the park east of Tucson, a snowshower passed over. Even though the temperature was in the upper 40s, the precipitation was mostly snow, because the very low depoint along with a strong downdraft allowed the snow, for the most part, to reach the ground in the hills just east of the city, a few hundred feet in elevation higher than the city. Though it was mostly snow, there was just enough rain mixed in to allow this "snowbow" to appear just after the shower passed over. 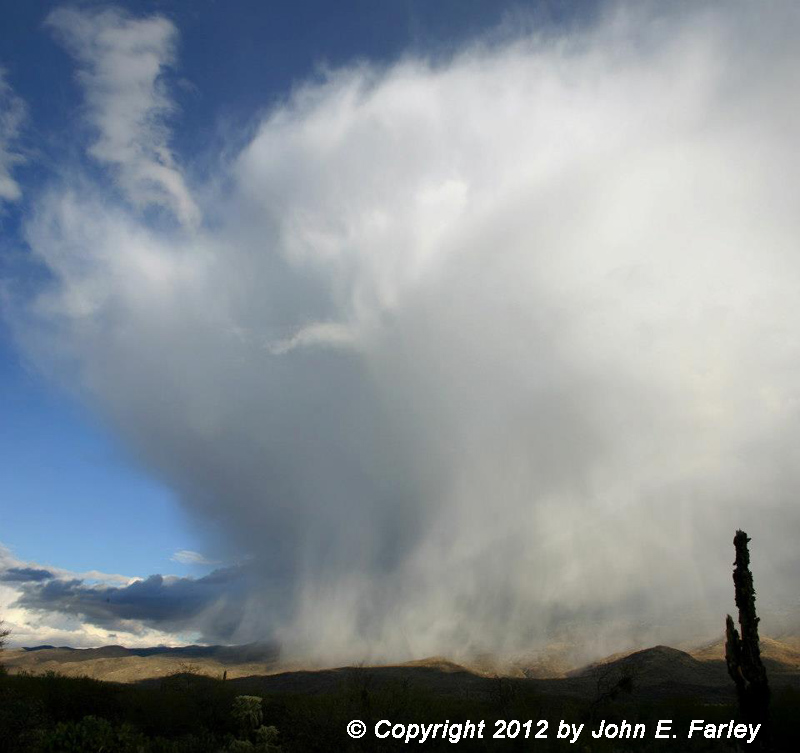 A view of the same snowshower, as it moved east into the Rincon Mountains in the eastern part of the east section of Saguaro National Park, east of the city. 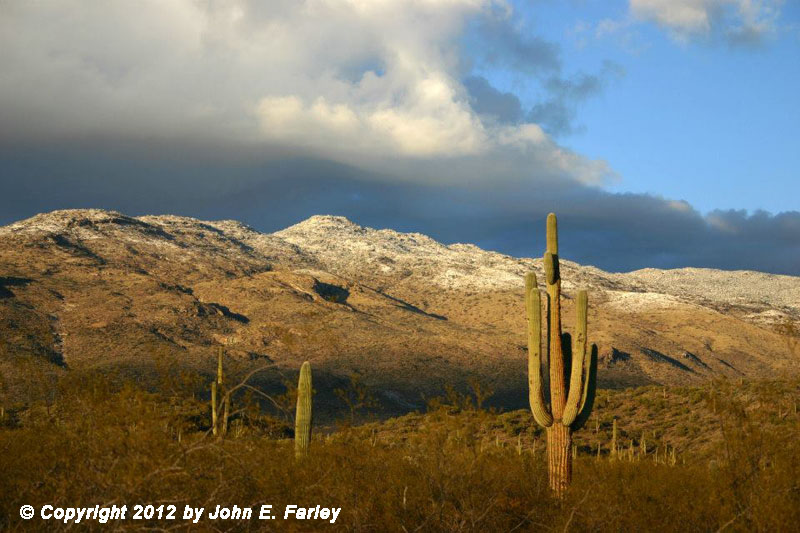 Saguaro in the foreground, snow-covered Rincon Mountains in the background as sunset approached.