Today, I saw some of the most beautiful and photogenic storms I have ever seen. Occuring on the day after the deadliest tornado outbreak in 75 years, this serves as a reminder that, as much as I love the rare opportunity to photograph and document a tornado, you do not need tornadoes to see how spectacular nature can be.

Today, the same storm system that produced the massive tornado outbreak in the south pushed a secondary cold front south into the St. Louis area. As the air ahead of the front warmed in the afternoon sun, the combination of warm air at the surface level and very cold air aloft led to the development of showers, wind and rain squalls, and thunderstorms, despite the relatively dry, cool air mass (dew points in the mid 40s, temperatures in the mid to upper 60s). As the front slowed to a crawl as it approached the St. Louis area, these showers and storms persisted from around 1:30 p.m. until around sunset. The strongest storms produced 40-50 mph wind gusts, small hail, and brief intense bursts of rain.

Around 4 p.m., one of the stronger cells that moved through the area produced a spectacular, sunlit hail shaft shortly after it passed just north of Edwardsville: 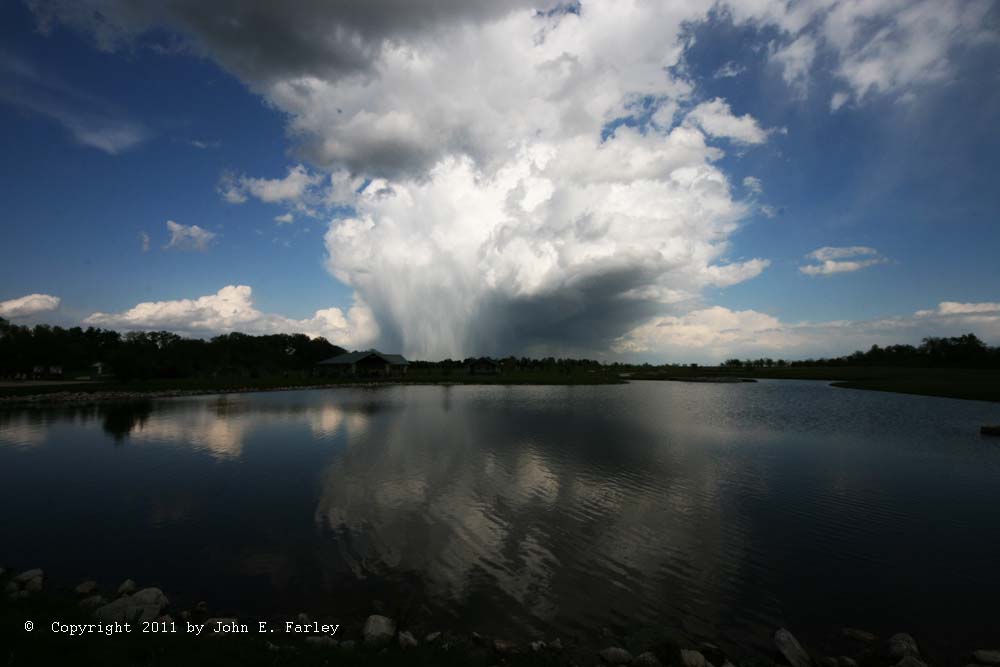 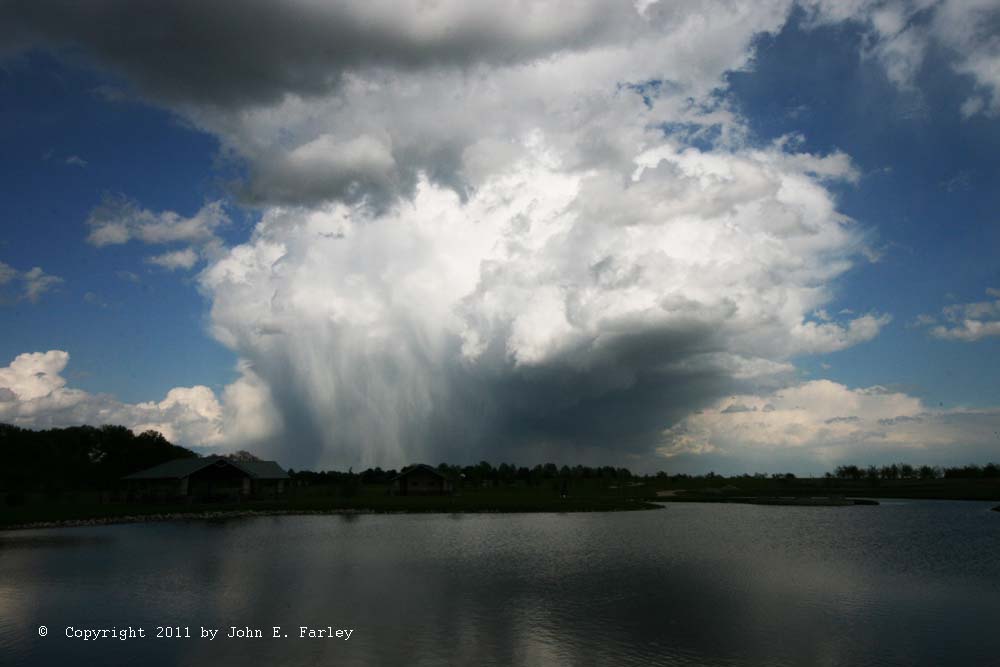 As it moved off into the distance and rain from another approaching cell began to fall, it even produced what may have been a brief cold-air funnel. Look under the updraft in this picture, pretty much above the letter "J" in the watermark: 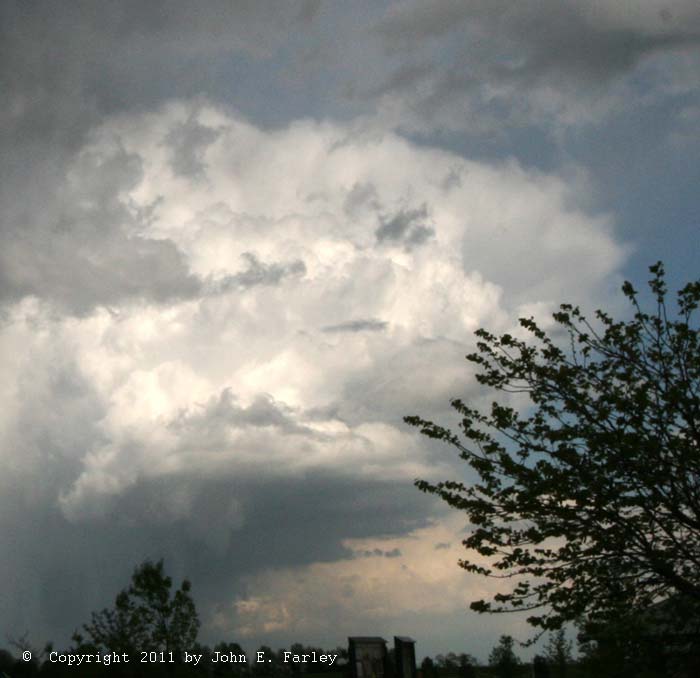 Around 7 p.m., some more storms moved just north and south of Edwardsville, producing a rare and interesting situation in which opposite ends of a rainbow appeared under two completely separate storm cells: 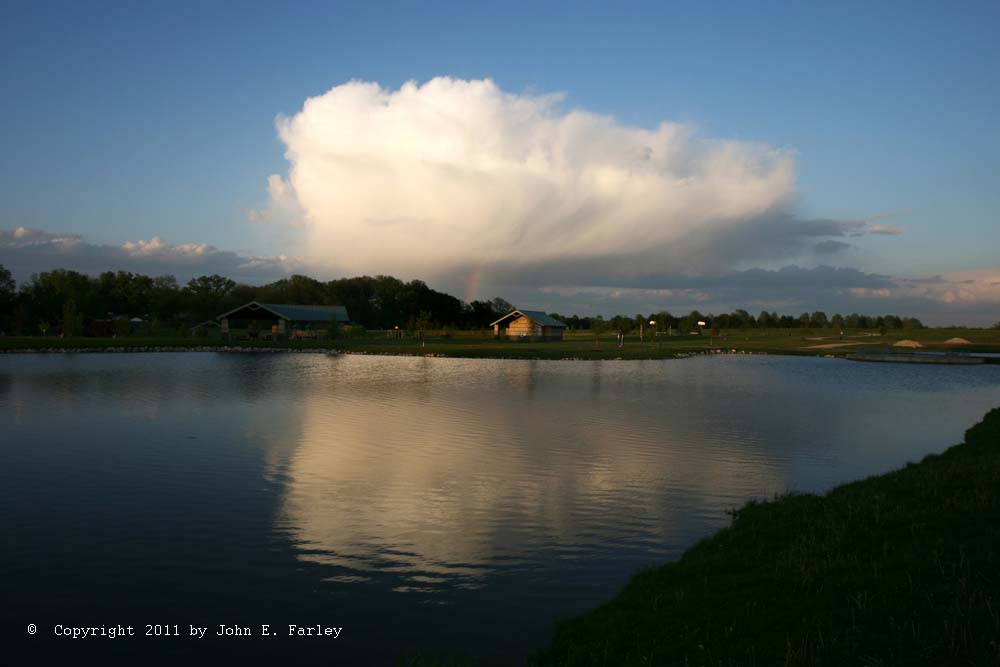 The north end of the rainbow 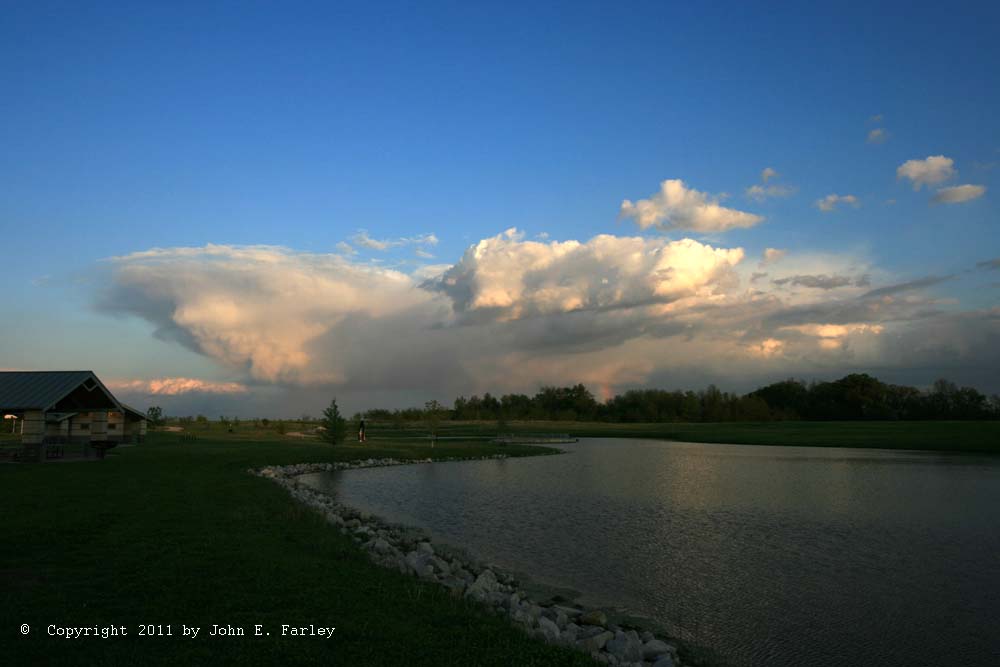 The south end of the rainbow

All of these pictures were taken in Glik Park in Edwardsville. The entrance is one block from my house - proving you don't always have to make a long drive in order to get good storm pictures. I love these cold-core events associated with cold upper low pressure areas and secondary cold fronts. Not the kind of cold-core setup that will get you severe storms and tornadoes, but nearly always good for photogenic clouds and storms.